The door to the place is locked when I arrive. I press the buzzer and a voice crackles back seconds later.

“Mr. Wiggins? We had an appointment.”

There’s a buzz and the click of the door unlocking. I climb up the narrow staircase, stained with who knows what on the sticky steps. Rent’s probably cheap, but it’s as good a place as any for a small, freelance business. Still, it’s not in the best neighborhood, just south of downtown, where the buildings are old, the streets bare, and the people desperate. Not ideal, but it’s the only place in Middle America where you can hire someone crazy enough to chase tornadoes with you.

The door at the top of the stairs has hastily painted white letters on the glass that read, Jim Wiggins, Adventure Travel.

Jim Wiggins is sitting behind a small desk in the cramped room. An open bottle of Jack Daniels sits on a file cabinet. Some cigarette smoke escapes through the door, but when I go to close it Jim stops me. He’s already standing, and stubs his cigarette out on his desk.

“Well.” he says, sizing me up. “You got the look of a kid with the heart for this kind of thing. Remind me of myself when I was your age.”

Jim is gunning his beat up Jeep at sixty-five down an old county road. The sky is gray and smeared with cumulonimbus giants. I can tell it’s quiet outside, but inside Jim blasts classic rock on the radio. Black Sabbath. He taps his fingers on the wheel to the beat, and nearly has to shout to be heard above the distorted guitar.

“The itch. That feeling you get when you’re cooped up all day and just want to live.”

I nod but don’t respond. I’d felt something similar before.

“Fight or flight, man,” he goes on. “You gotta scratch that itch to survive.”

We pull over in between two wide cornfields and step outside. The sky seems still if you only glance at it, but really the stretched clouds glide over the horizon, like water on a slow-moving river, and closer to the ground than you’d expect.

We end up waiting for over two hours without the faintest hint of a funnel cloud. Jim keeps checking the radar on his phone, and paces back and forth, chain smoking Camels. He’s impatient, but seems anxious for something other than the storm. I don’t press him. So another hour passes, and our conversations are short and pointed. We both know what we’re waiting for.

Eventually we give up and start driving back. Jim leaves the radio off, but keeps the constant Camel at his lips. He mutters to himself and I can only make out a few broken phrases and curse words. I’m a little disappointed too. I expected excitement and danger, not a restless man and cornfields.

As we start driving through town it begins to rain. First a few sprinkles, but within ten minutes it’s a full downpour. We missed the tornado, but there was still a very real storm coming through.

Jim seems unconcerned, and is still going nearly fifty down the busy streets. The cars in front of us cast waves onto the sidewalk, and the Jeep follows suit. Every couple of seconds we see the bright red shine of brake lights, and are forced to slow. I learn quickly how liberal Jim is with his horn.

“Maybe we shouldn’t be going so fast,” I say.

Jim turns to me and grins. I can see the fire behind his eyes; the wildness of a man bent on self-destruction. A man who has to scratch an itch. Here is a real storm chaser, outside of the romanticized image I had in mind. “Don’t you feel it?” he says. “We gotta get something out of this day.”

Without any more warning Jim makes a sharp right turn. I feel the wheels hydroplaning. Then I see the wrong way signs on either side of the road.

“Are you in—” I can’t finish. My senses are overloaded with stimuli. White lights of approaching cars blend with the flash of lightning. The blaring of horns sound with the rumble of thunder beneath. Above it all I hear the maniacal laughing of Jim Wiggins.

Then a screech and a crunch of metal. We stop hard and fast. Head, meet airbag. The seatbelt cuts into my shoulder and I’m thrown back against the seat. We aren’t moving anymore, and I can’t tell which way is up.

I look over at Jim and his face is all cut from the broken windshield. The blood comes down his face in strings, making the resting grin on his face all the more unsettling.

As a fog of darkness settles over my vision I can hear sirens and shouting in the distance. Never again, I vow to myself. I don’t have the heart for this line of work.

And yet, as I close my eyes I smile, and a little voice inside whispers. 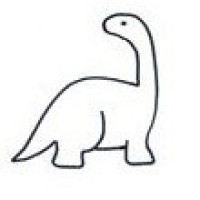 parts of the hole

The official blog of the Clarion Foundation: discussing the art, craft, and business of speculative fiction.

A muse, mic and masquerade of anthropological typing.

the journey goes on...

Expression of Thought through Words

because all writers are magpies at heart...